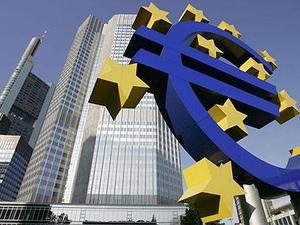 The financial market authority Consob said it was imposing transparency rules on short selling, forcing investors betting on stocks losing value to inform the regulator of any market actions that could spark volatility.

"The measure reinforces the Consob's control powers during the current period of heightened volatility," the Consob said, adding that Italy was "aligning itself with the norms in force in other major European countries."

Italy is particularly exposed because it has one of the highest public debt levels in the world and one of the lowest growth rates in Europe.

The weakness of the current center-right government has also spooked investors, who are worried it will not be able to impose budget rigour.

"I think a very important signal, which must be sent by Italy itself, would be the approval of a budget involving the necessary savings and budgetary consolidation," Merkel told reporters in Berlin.

"I have full confidence that the Italian government will pass exactly such a budget. I spoke yesterday (Sunday) by phone with Italian Prime Minister (Silvio Berlusconi) about precisely this topic," she said.

Mirroring major falls on other European stock markets on Monday, the benchmark FTSE Mib index in Milan was down 1.41 percent by midday.

The long-term cost of borrowing also rose to its highest level since the creation of the eurozone, with the rate on 10-year bonds up at 5.451 percent.

"This wave of violent speculation... is targeting Italy as fresh doubts emerge over its budget objectives," said Marco Valli, an economist at UniCredit, Italy's largest bank whose shares have been among the hardest hit.

The government wants to bring the public deficit down to nearly zero by 2014 from 4.6 percent last year and announced a 40-billion-euro (56-billion-dollar) austerity plan earlier this month in a bid to calm market jitters.

The tensions within the government have created "an uncertainty that immediately made markets look at Italy as an at-risk country," Noci told Agence France Presse.

Fabio Fois, an analyst at Barclays Capital, said: "The austerity plan is credible but political tensions have reduced the effectiveness of the message."

Fois said the current situation was "serious" but excluded any chance that Italy would be forced to ask for a bailout as has been the case for Greece, Ireland or Portugal.

Valli agreed, saying: "Private debt is very low, banks are healthy, there is no property bubble or any major economic imbalances. Italy is the eurozone's third biggest industrial power while Greece lives on tourism and little else."

Italy's credibility on financial markets has been severely hit by recent months after Standard and Poor's and Moody's ratings agencies put the country on review for a possible downgrade of its sovereign credit rating.

After the defection of some of his supporters, Berlusconi is also ruling with a thin majority in parliament and has suffered severe setbacks in local elections in June and a round of referendums earlier this month.

As market pressure on Italy has increased, there has been growing political rhetoric against stock and bond market "speculators" in recent weeks.

Berlusconi warned last month that "locusts of speculation are only waiting for the right moment to pounce on their prey."