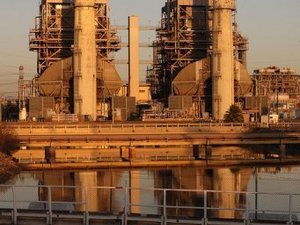 Royal Dutch Shell PLC and Japan's Mitsubishi Corp. have signed an initial deal with Iraq to tap natural gas in the country's south, an oil executive said Tuesday, the latest push to develop Iraq's energy sector battered by years of neglect and war.

The deal is expected to be a key part of the government's strategy to alleviate its power generation woes as chronic power outages have led to sometimes violent protests.

Shell's Vice President for Middle East and North Africa Mousnir Bouaziz told The Associated Press the deal was signed in Baghdad. The draft deal will be sent to Cabinet for final approval, Bouaziz said.

Bouaziz wouldn't divulge more details about the deal. And Iraqi officials, who had earlier said the deal was worth between $12 billion and $17 billion, were not immediately available for comment.

Unlike other energy deals Iraq signed with international energy companies since the 2003 U.S.-led invasion, Tuesday's deal was signed behind closed doors.

The project also marks a major step in Iraq's effort to capture and put to use for generating electricity the natural gas that has routinely been burned off — or flared — at the fields because the country lacks the necessary infrastructure to bring the gas to market.

The government sees the capture of the gas as an important step in dealing with chronic power cuts that have recently led to protests, including one last year that left two dead in Basra and forced the electricity minister to resign.

Since 1990s, Iraq has spent billions working to rebuild the national electrical grid, which was in poor shape because of various wars over the past decades. Most Iraqis only get between five to seven hours of power a day.