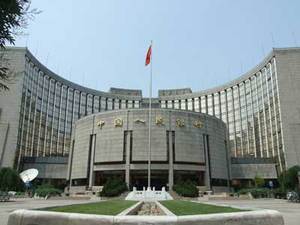 China's foreign exchange reserves soared to a record $3.1975 trillion at the end of June, the central bank said Tuesday, highlighting concerns over inflation in the world's second biggest economy.

Foreign currencies earned by Chinese exporters are changed for Yuan with the central bank so it can control the value of the currency.

The foreign exchange is added to China's growing coffers, while the Yuan flow into the economy, adding to inflationary pressures.

"The central bank has been buying $50 billion worth of foreign exchange each month for the last quarter which is a huge amount," Capital Economics senior China economist Mark Williams told Agence France Presse.

"It's a problem for the central bank, but it's one they cannot avoid as long as China sticks to its current exchange rate policy."

China has restricted the amount of money banks can lend on numerous occasions and hiked interest rates five times since October, but is still struggling to keep its politically sensitive inflation rate under control.

Food prices were up 14.4 percent year-on-year in June, while the price of pork, China's preferred choice of meat, was up 57.1 percent during the period, according to the National Bureau of Statistics.

Higher food prices hurt low-level income earners most, as foodstuffs account for more than one-third of the monthly spending of the average Chinese consumer, according to the statistics bureau.

China's stockpile of foreign currency -- the largest in the world -- expanded by 30.3 percent from a year earlier, the People's Bank of China said in a statement.

The central bank had said previously its reserves stood at $3.0447 trillion at the end of March.