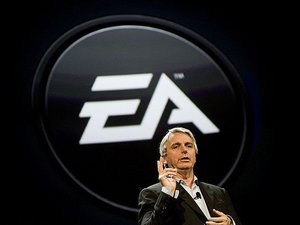 U.S. videogame titan Electronic Arts said Tuesday it is buying PopCap Games, maker of popular titles such as Plants vs. Zombies, Bejeweled, and Zuma, for at least $750 million in cash and stock.

EA said it will pay $650 million in cash and $100 million in shares of EA common stock to be issued to certain stockholders of PopCap, which makes casual games for mobile phones, personal and tablet computers and social networks.

The total purchase price could rise to as much as $1.3 billion if PopCap achieves certain earnings targets between now and December 2013.

"EA and PopCap are a compelling combination," EA chief executive John Riccitiello said in a statement.

The Redwood City, California-based EA is the company behind the "Sims," "Madden NFL," "FIFA Soccer" and other hit games.

PopCap games have been downloaded more than 1.5 billion times and are popular on platforms such as Facebook, RenRen, Google and iPhone, iPad and Android devices.

PopCap was founded in 2000 and is based in Seattle, Washington. It employs around 475 people in Seattle, San Francisco, Vancouver, Dublin, Seoul, Shanghai and Tokyo.

EA said it expects the transaction to close in August 2011.

EA shares were down 3.27 percent at $23.38 in after-hours electronic trading.