Split Eurozone Faces Pressure for Debt Action on all Fronts 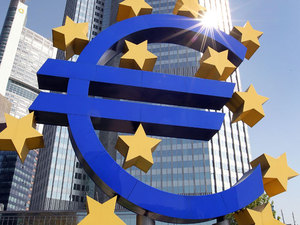 The eurozone is under immense pressure on all fronts to deal with its spreading debt crisis, as a rift on rescue strategies and even on the need for a crisis summit deepened on Wednesday.

In extraordinarily outspoken terms, the next head of the European Central Bank issued a blunt warning that the solvency of eurozone countries should not be taken for granted.

And Greece and Spain have attacked in equally blunt terms a German-led drive for private investors to shoulder part of the costs of a second rescue for Greece, widely expected to trigger a default status on Greek debt.

This critical matter, opposed by the European Central Bank, is a factor behind turmoil on financial markets and has helped put Italy and Spain in the eurozone spotlight.

Markets steadied on Wednesday, but Irish debt was hit by a new downgrade to junk status.

"The solvency of sovereign states is no longer to be taken for granted but has to be earned in the field with high and sustainable growth, which is only possible with public accounts in order," he said in a speech.

"The credibility credit given by stronger eurozone countries has expired. We have to grow without relying on it. Those structural reforms we have been calling for for years are now even more essential."

With debt contagion engulfing Italy and Spain, the eurozone's third and fourth biggest economies, there was diplomatic talk of an emergency eurozone summit as early as Friday.

But disagreement on this was made public by the two pivotal eurozone and European Union countries, Germany and France.

France backed calls for a summit of the 17 eurozone leaders but Germany backed away, saying Chancellor Angela Merkel first wanted work on a second bailout of Greece to "continue at full speed."

A spokesman for European Union President Herman Van Rompuy then said he would decide on whether to call a eurozone debt crisis summit "in due time."

Ireland was the latest eurozone straggler to be hit by a credit ratings agency, as Moody's Investors Service downgraded its debt to "junk" status on Tuesday and warned it may also need a second bailout in 2013.

Irish borrowing rfates soared to the highest levels since Dublin joined the euro, after similar spikes in interest rates hit Italy and Spain in recent days.

Italy, prodded by the IMF to take "decisive" action to cut its deficit, said its parliament would strengthen and adopt a sweeping four-year austerity budget by Friday.

"We have to do more and we will do more in the coming hours," Italian Economy Minister Giulio Tremonti said in Rome.

Referring to volatility on eurozone bond markets, Tremonti said this was a problem "not for any single state but for the whole structure."

The new IMF chief Christine Lagarde said in a statement on eurozone measures announced on Monday that "we look forward to the prompt implementation of the important measures outlined."

Britain, which refuses to adopt the euro, pressed its neighbours to act fast.

"The time has come for decisive action to address the crisis in the eurozone and prevent market uncertainty doing real damage to the world economy," said British finance minister George Osborne.

Eurozone finance ministers pledged after marathon eight-hour talks late Monday to strengthen the size and scope of a multi-billion-euro fund set up in the aftermath of Greece's May 2010 rescue.

The idea of allowing the fund to buy back Greece's mountain of debt, enabling the country to borrow at better rates on the markets, gained traction on Wednesday as Berlin suggested this was "possible."

But deep divisions remain on a new bailout for Greece expected to be almost as big as a 110-billion-euro ($154-billion) rescue agreed last year.

While Germany, Finland and the Netherlands are open to a selective default for Greece, expected to arise from private investor participation of about 30 billion euros in a rescue, several other eurozone nations and the ECB oppose it.

The Greek government said it would not accept any form of default.

"We want total coverage of our borrowing requirements and for the stability of the Greek financial system," said Greek Finance Minister Evangelos Venizelos.

Spain has said it had always opposed the private involvement proposal and that the matter was not closed.

There is concern too about the impact of any default rating on European banks, and the European Union said it would support any EU banks failing stress tests on Friday.