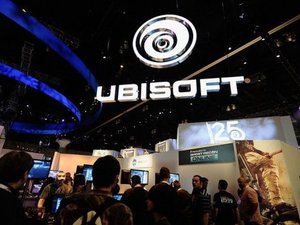 Videogame publishing titan Ubisoft announced Tuesday that it is buying a French developer specializing in games played free on the Internet.

The purchase of Owlient comes as part of a strategy by Ubisoft to follow players onto the Internet, social networks, smartphones, tablet computers and other venues while still serving up blockbuster titles for consoles.

"We are thrilled to welcome the talented team at Owlient to Ubisoft," said Ubisoft chief executive Yves Guillemot.

"Over the last five years they have developed an architecture dedicated to delivering and monetizing games as a service, as well as the skills of attracting and retaining online communities," he added.

The list of Ubisoft games available for free play on the Internet includes "CSI Crime City" and "Heroes Kingdoms" as well as "Settlers Online," which has reportedly become a hit in Germany.

Owlient was created five years ago by Olivier Issaly and Vincent Guth, who met at an IT high school in Paris, according to the startup's website.

"Joining the Ubisoft team will allow us to accelerate our international business and to expand our expertise and our games to new platforms," said Issaly, Owlient's chief executive.

"We are proud of what our team has accomplished and confident that joining Ubisoft will allow us to continue that success."

Financial terms of the deal were not disclosed and the acquisition was expected to close by the middle of next year.