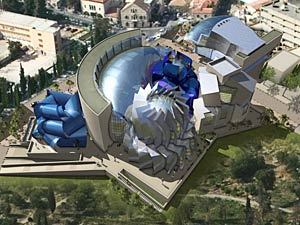 Israel has given final approval to build a museum of tolerance over a centuries-old Muslim graveyard in the Jewish western half of Jerusalem.

Interior Ministry spokeswoman Efrat Orbach said Wednesday that a building permit was issued for the project and construction can begin immediately.

The project is being sponsored by the U.S.-based Simon Wiesenthal Center, a Jewish organization named for a famous Nazi hunter.

The irony of a Jewish-sponsored Museum of Tolerance going up in part on a Muslim cemetery has made the project a target for critics since it was announced in 2003.

Israel's Islamic Movement and other groups tried to block it by appealing to Israel's Supreme Court. But the court rejected their petition in 2008.