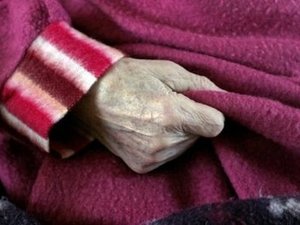 Because the drug, isradipine, has already been approved for human use, it could soon be available for Parkinson's patients, the lead researcher told AFP.

A preliminary, or "phase II", clinical trial "examining the safety and tolerability of isradipine in early stage Parkinson's disease patients is under way," James Surmeier said by email.

"A phase III trial" -- the final clinical hurdle -- "to determine whether it can slow the progression of the disease should follow."

Had the compound not been cleared previously for treatment of hypertension, the testing and approval process would take far longer, he said.

A movement disorder characterized by tremors and sluggishness, Parkinson's is the second most common neurodegenerative disease after Alzheimer's. More than one million people are afflicted in the United States alone.

There is no known cure for either genetic or non-genetic forms of the disease, which typically strikes later in life.

In the study, published in Nature, Surmeier and colleagues at Northwestern University in Chicago fill a critical gap in the scientific understanding of what happens in the brain of Parkinson's patients.

It has long been known that the disease is brought on by the accelerated degeneration and death of dopamine-releasing cells in the substantia nigra region of the brain.

Energy-generating "power plants" within these neurons known as mitochondria become overly stressed, leading to a form of cellular pollution that causes the cells to dysfunction and die.

In experiments with mice, the researchers showed for the first time that this process of oxidative stress is accelerated when calcium ions enter the neurons through tiny pores in the membrane called ion channels.

They also showed that isradipine blocks the calcium, diminishing the degeneration giving rise to the signature symptoms of Parkinson's.

"The stress on the vulnerable dopamine-secreting cells can be reversed," Surmeier said.

"Our results point to a way a currently used drug can be re-purposed to potentially prevent or slow the disease's progression."