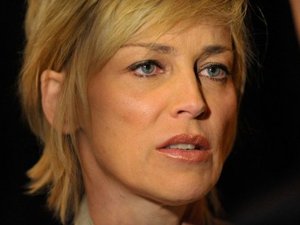 U.S. actress Sharon Stone was ordered Wednesday to pay $232,000 in compensation to a worker who injured his knee after slipping and falling in her back yard.

Peter Krause, who injured his right knee while installing a sound system in the star's yard in August 2006, had been seeking up to $1.5 million for pain, suffering and loss of earnings.

A jury at the Los Angeles Superior Court found her guilty of negligence, and ordered her to pay the much lower sum after considering arguments from both sides in the case, which started last week.

"We're very relieved it's over," said Krause as he hugged his wife, Melissa, after the verdict.

Stone's lawyer Jerry Popovich said he would speak to her before deciding whether to appeal, and lamented that the jury had not been convinced by the actress's testimony in court of why she did not consider herself negligent.

"We're disappointed they did not take her testimony at face value," he said.

Krause sued Stone in August 2008. He claimed he slipped on mud, but when he reached for a lattice fence to steady his balance it gave way, and he fell about 12 feet down a slope into the neighboring yard.

Stone was found guilty of negligence for only having a flimsy fence.

Stone's lawyer said earlier this week that both sides agreed Krause's medical damages were $33,000, but said he should receive no more than about $120,000 for the rest of his claims.

Krause's lawyer John Torjesen had said his client should get $900,000 for pain and suffering due to the accident, and the rest of the $1.5 million claimed for lost wages.