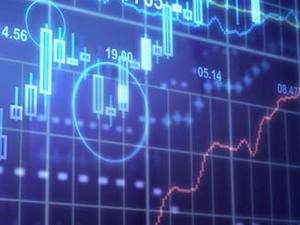 China is watching whether the Federal Reserve launches a new stimulus that might hurt China by pushing up commodity prices, a Cabinet researcher said Thursday.

The U.S. economy "has been doing worse than expected" and Beijing needs to "seriously assess" possible risks to its vast holdings of American debt, said Yu Bin, an economist in the Cabinet's Development Research Center.

"The prospects of the U.S. economy are worrying," Yu said at a government-organized briefing. Beijing uses such briefings to explain official views, though the researchers do not act as government spokespeople.

Yu expressed concern about a possible third round of Fed purchases of government bonds, known as "quantitative easing" or QE. He said that might hurt China by depressing the value of the dollar and driving up prices of commodities needed by its industries. Most commodities are traded in dollars.

The Fed bought $600 billion in bonds late last year and early this year to keep interest rates low and support prices of assets such as stocks. On Wednesday, Chairman Ben Bernanke said the Fed was ready to take action if the U.S. economy weakens and said a third round of purchases was a possible option.

"We are following closely whether the United States will introduce QE3, because we believe it will have a major impact on China's economy," said Yu, director-general of the Development Research Center's Department of Macroeconomic Research.

"The drastic rise in commodity prices caused by the devaluation of the U.S. dollar will have a major impact on inflation, on economic growth and on Chinese people's daily lives."

Yu warned that such a move also would affect the "long-term trajectory of the U.S. economy."

"Therefore, I believe the United States should be careful," he said.

China held some $1.15 trillion in U.S. Treasury debt as of the end of April, according to the latest U.S. government data. Chinese leaders have repeatedly appealed to Washington to avoid taking steps in response to U.S. economic weakness that might erode the value of the dollar and Beijing's holdings.

"As the largest buyer and holder of U.S. Treasury bonds, we need to seriously assess the risks," Yu said.

Moody's Investors Service on Wednesday said it was reviewing the U.S. bond rating for a possible downgrade, saying there is a small but rising risk that the government will default.

Asked by a reporter if China was concerned about the issue, Foreign Ministry spokesman Hong Lei said: "We hope that the U.S. government adopts a responsible policy to ensure the interests of the investors."

Also Thursday, a Chinese rating agency said it was putting U.S. sovereign debt on watch for a possible downgrade.

"Factors influencing the U.S. government's ability to repay its debt are steadily worsening," said the Dagong Global Credit Rating Co. "If there is no substantive improvement in its repayment ability or willingness during the observation period, Dagong will appropriately downgrade the national rating of the United States."

Dagong, founded in 1994, is little-known outside China but says it hopes to compete with global ratings agencies Moody's, Standard & Poor's and Fitch.

In its first sovereign debt report in July 2010, Dagong gave Washington a credit rating below China, Singapore and some other governments. That was a break with the global agencies, which say U.S. debt is among the world's safest.

In November, Dagong downgraded the United States from AA to A-plus, citing what it said was deteriorating U.S. ability and willingness to repay debt.