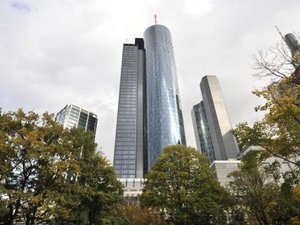 The European Banking Authority, the EU's London-based regulator for the financial sector, has carried out assessments on 91 banks representing 65 percent of the sector and will publish its findings at 1600 GMT.

The tests are intended to reveal which banks, if any, would not have strong enough balance sheets to withstand a big shock in the financial system.

The European Commission has already assured that any bank failing the test would receive support.

But, the tests have already raised serious concern among some investors because they will not envisage a potential sovereign default in the Eurozone, which is currently mired in a debt crisis.

"Though undoubtedly attention grabbing, that the tests do not include the scenario of a sovereign default leaves them toothless to a large degree," he warned.

Traders are speculating that between 10-15 financial institutions could fail the tests. German regional bank Helaba has already disclosed that it has failed to pass ahead of Friday's official results.

In Spain, media reports suggest that five to seven institutions there could fail the assessments.

The regulator has said that the purpose of the tests is "to assess the resilience of European banks to severe shocks and establish a common, conservative stress testing benchmark."

They will seek to establish whether the banks can weather a series of adverse scenarios over the next two years, including a worsening of the Eurozone sovereign debt crisis, a global negative demand shock in the United States, sliding property markets, and major depreciation in the dollar.

The new tests are also designed to combat criticism over last year's banking sector review which found that just seven out of the 91 European banks inspected were vulnerable to economic stress.

Of the 91 lenders examined in 2010, five in Spain, one in Germany and one in Greece failed to pass.

Two troubled Irish lenders, Allied Irish Banks and Bank of Ireland, passed the tests but subsequently had to be nationalized, and later the Irish government had to be rescued with an enormous multi-billion-euro EU-IMF bailout loan.

The European Union's 27 finance ministers, meeting on Tuesday, said that any "necessary remedial actions" would be taken following the result of the tests.

Three years on from the global financial crisis many developed nations are buckling under the weight of huge public spending and bank bailouts which were aimed at fixing the financial mess.

That has shifted the spotlight onto the Eurozone's most fiscally-challenged nations -- Portugal, Ireland, Italy, Greece and Spain -- and sparked genuine concern over the euro's future.

The International Monetary Fund and European Union have already bailed out Greece, Ireland and Portugal to the tune of hundreds of billions of Euros, while the initial Greek rescue package has been deemed insufficient.

The EBA replaced the Committee of European Banking Supervisors (CEBS), which carried out the previous round of stress tests that were announced in July 2010.