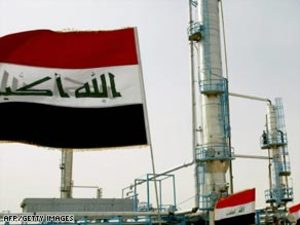 Iraq will be the key player in international oil politics over the next two decades, the country's top government official for the energy sector said on Saturday.

"If we continue along the path we are on, Iraq will over the next two decades be the country that sets oil policy in the world in terms of price, supply and demand," Deputy Prime Minister Hussein al-Shahristani said at a conference of Iraqi diplomats in Baghdad.

In 2009, Iraq signed 11 contracts with foreign energy companies to exploit its vast oil reserves and dramatically ramp up crude output to as much as 12 million barrels a day (bpd) by 2017, from around 2.7 million bpd currently.

And in October, the country reported a major increase to its crude reserves.

"The world cannot survive without oil and demand will increase by 20 million barrels per day in the next 20 years," Shahristani, a former oil minister, said in his speech at Iraq's foreign ministry.

"Our country has entered the market at the right time because demand will increase, because the world needs more oil and no country can provide this other than Iraq."

Iraq's projections are at odds with those set out by the International Monetary Fund, which expressed doubt in March over the country's ability to meet its long-term targets for oil output and said output could rise to more than five million bpd by 2017, rather than the 12 million Baghdad estimates.

The IMF cited the need for huge investments in port facilities, pipelines, desalination plants for water to be injected into oil fields, and storage facilities.

Crude exports account for around 90 percent of Iraq's government revenues.