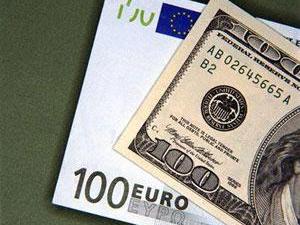 Donor aid to fund trade appeared to hold up in 2010 despite weak global economic growth and increasing concerns over state debt, the World Trade Organization said on Monday.

But with pressure expected to grow in coming months over the high debt of major donor countries such as the United States, emerging economies may have to take a bigger role in financing aid for trade, the WTO said.

"At this stage, crisis effects and pressure on budgets of major donors -- the European Union, Japan and the United States, have not yet bit into aid for trade," WTO deputy director general Valentine Rugwabiza said.

"We have a mere indication of the numbers in 2010, not that the numbers have decreased, but there is a kind of plateau," she added.

Nevertheless, there is "clearly going to be increased pressure" on aid for trade funding in coming years as major donors are themselves struggling with large budget deficits and high unemployment, she acknowledged.

She called therefore on emerging economies to fill in the gap.

"We are already seeing an increased role of south-south cooperation in aid for trade, not yet at the potential it could reach. We think that that is also another avenue," she said ahead of this week's WTO Aid for Trade review conference.

Aid for trade encompasses grants and loans to build roads, ports and telecommunications, among others, as well as technical assistance in helping countries develop trade strategies or negotiate more effectively.

However, Africa also surpassed Asia for the first time in 2009 to become the biggest recipient region of aid for trade funding.

This was because the donors are focusing more on low-income countries, which have become better at marketing their potential and therefore attracting more aid.

In addition, new players such as China was contributing significantly to aid for trade in Africa, added Rugwabiza.

On Friday, China said it would give $400,000 (283,000 euros) to help the world's poorest countries join the WTO or participate in the trade body's activities.