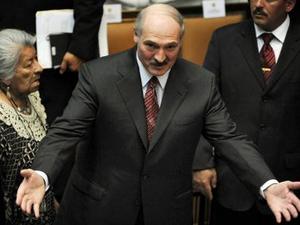 Belarus has banned the radio broadcast of several popular Russian songs with dissident undertones amid protests against the regime of the President Alexander Lukashenko, sources said on Tuesday.

Over the past few weeks several songs -- including late Soviet-era dissident rock icon Viktor Tsoi's famous "We Are Waiting for Change" -- have disappeared from the airwaves of radio stations.

"As far as I understand, a representative of the information ministry calls a radio station and tells them that this or that song or performer is banned from now on," prominent Belarussian music critic Dmitry Podberezsky told Agence France Presse.

An employee of the country's largest state radio -- First Channel -- told Poland-based independent cable television channel Belsat on condition of anonymity that several songs had been banned, above all those by Tsoi.

She said a man called into state radio recently and asked that Tsoi's famous song be put on the air but the host refused.

"Then the listener asked: 'Has censorship started?' The host did not know what to tell him so he simply put the man off the air."

These words have become increasingly popular in Belarus amid nationwide protests against Lukashenko as people set the song as their phone ringtones and play it in their cars.

Several domestic bands and Russian rock groups have disappeared from the Belarussian airwaves in recent time, according to AFP correspondents in Minsk.

The banned musicians include Russia's Yury Shevchuk and Andrei Makarevich, lead singer of the Time Machine, as well as Belarussian punk rock band Lyapis Trubetskoi with its song "Belarus Freedom."

Officials from state radio and the government were not immediately available for comment on the claims.

Following his controversial re-election in December, Lukashenko, whose government is also battling a severe economic crisis, launched a crackdown on the opposition, unprecedented even in the 17 years of his authoritarian rule.

After the opposition staged several protests where participants ironically clapped hands in protest against Lukashenko, police warned Belarussians against applauding during a national day parade earlier this month.