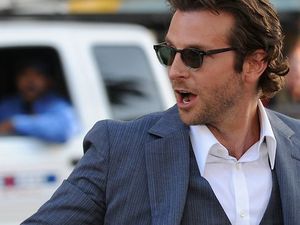 "The Hangover" star Bradley Cooper will appear as Lucifer in a movie version of the classic poem "Paradise Lost" to be filmed in Sydney.

The government of New South Wales, where Sydney is located, announced Wednesday that the movie will be directed by Australian Alex Proyas, who also directed "I, Robot" starring Will Smith and "Knowing" with Nicholas Cage.

He said the production was lured to Sydney with financial incentives from the state government, beating competition from rival locations in the United States and Canada.

"Had we not done this it would have been opportunity lost, not Paradise Lost," he said.

"Paradise Lost" tells the story of Satan tempting Adam and Eve, and their expulsion from the Garden of Eden. The character of Satan is the focus of the plot.