Libyan FM: Gadhafi's Departure Not Up for Discussion 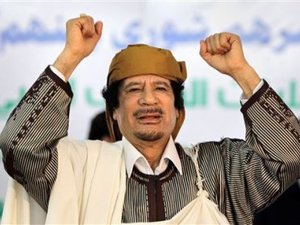 "The question of Gadhafi's departure is not up for negotiation," Obeidi told reporters after an hour of talks with Russia's chief diplomat at Moscow's foreign ministry headquarters.

"Right now we are discussing the initiative of the African Union, which focuses on ending the war and bloodshed," he said.

Taking another dig at the United States and some other Western powers, the Libyan diplomat added: "We are not very happy that certain countries have recognized the National Transitional Council."