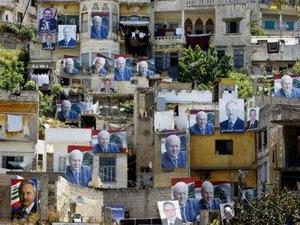 Looking into the false witnesses issue once again is aimed at clearing the name of some political and security officials in order to pave the way for their running in the 2013 parliamentary elections, al-Liwaa newspaper reported on Thursday.

Political sources told the daily that the issue is also being used to prevent some people from running in the elections by supposedly involving them in the case.

“The matter that was once used to put pressure on ex-Premier Saad Hariri is today being used for malicious purposes,” they said.

He reiterated to al-Mustaqbal newspaper in remarks published on Thursday that the judicial authorities are charged with handling the arrest warrants issued by Interpol against the four suspects in ex-Premier Rafik Hariri’s assassination.

He denied that “the cabinet and the Interior Ministry are interfering in the tasks of the general prosecutor.”

"false witness" is a tool for political gain but STL is no tool... indisputable logic!!

Sami G. should be happy, "false witness" is put again on the "non-dialogue" table!

There will never be an absolute majority for either camp... Few MPs can swing the whole equation. The country is polarized ..... Until somehow it gets over their current dispute and move forward....

Sorry to say, but I am glad I no longer live there