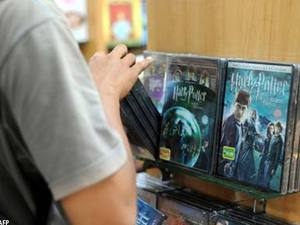 Indonesian Harry Potter fans will finally be able to see the last adventure of the boy wizard on the big screen after the country resolved a boycott by US film studios over a drawn-out tax dispute.

Movie-goers have so far missed out on "Harry Potter and the Deathly Hallows: Part 2" and several other blockbusters during the five-month boycott.

"Harry Potter and Kung Fu Panda will finally be screened. We hope we can screen them later this month," Indonesian Cinema Companies Union head Djonny Sjafruddin said Thursday of the latest installments of the films.

The Potter movies have a devoted following in Indonesia, where thousands of fans play the wizard sport of Quidditch on Twitter.

Last month, a new tax regime for foreign films was agreed in response to protests by the Motion Picture Association (MPA) over an attempt to charge studios more to screen films in Indonesian cinemas.

"We hope that there will be no more boycotts like this," he added.

Sjafruddin said local cinemas would also screen several Hollywood hits that they had missed during the five-month boycott.

Since the studios began boycotting the country, Indonesian movie lovers have missed out on "Black Swan", "True Grit" and "Pirates of the Caribbean: On Stranger Tides".