More IMF Aid for Greece... or Not? 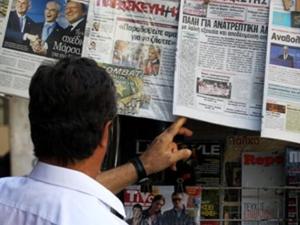 Europeans are convinced that the International Monetary Fund is going to lend more money to Greece. The banks that hold Greek debt say it must.

But the global crisis lender, already heavily committed to Athens, is biding its time.

After the agreement reached Thursday between Eurozone leaders on a new rescue plan for Greece, IMF managing director Christine Lagarde summed up all the caution that reigns in Washington, affirming "the IMF will continue to play its part."

What that "part" covers is not yet quite clear.

At a minimum, the IMF is expected to continue to press Athens for austere budget measures and structural reforms under the 30-billion-euro ($43 billion) loan it extended in May 2010, through 2013.

About 12.5 billion euros remain to be disbursed.

But the IMF could promise more to a country in dire straits, as part of the new 159-billion-euro ($229 billion) second bailout the European Union has crafted for Greece.

That would take a new loan request from Greek authorities, whose conditions would be discussed with IMF officials. Then the IMF executive board, where 24 representatives of countries or groups of countries, would need to approve it.

It could easily take to September at the earliest, given the customary time needed for IMF procedures.

Lagarde considers a request from Greece imminent. "I'm sure it will be coming shortly," she said at a news conference following the EU summit Thursday.

"I'll wait to see what the request will be" and notably the amount, she said, but added that "it's clearly the intention of the International Monetary Fund to be an active participant in this program going forward."

European Union president Herman Van Rompuy is banking on additional IMF money. The new aid to Greece will be "financed by both the European Union and the IMF," he said in Brussels Thursday.

The joint declaration released by the heads of state or government in the 17-nation Eurozone was less direct: "We call on the IMF to continue to contribute to the financing of the new Greek program."

The European Union does not decide alone.

The United States, which has the power to block any IMF decision it opposes with its 16.2 percent voting rights, is in wait-and-see mode.

Asked by Agence France Presse about U.S. support for a new loan, the Treasury Department said it would not comment before seeing a request from Athens.

The current IMF aid package to Greece is already a record-breaker. Described as "exceptional access to IMF resources," the 30-billion-euro loan is more than five times higher than the standard ceiling.

It the loan is completed, it will be the biggest IMF loan in the institution's six-decade history.

The IMF's loans to Ireland, approved in December, and to Portugal, awarded in May, also vastly surpass their theoretical ceilings.

But if the IMF "is not just a cash machine," as Lagarde said on July 11, it nevertheless may find it difficult to remain on the sidelines when a sizable Eurozone economy is shaken by a sovereign debt crisis.

"When the IMF says it plays a role, that means that it lends money," said Adam Lerrick, an economist at the American Enterprise Institute in Washington.

"Certainly they have a choice to lend more money to Greece or not. But given the efforts that the euro area has made, the number of things that they have agreed to and that the IMF clearly wanted, I think the Fund will provide the money."

The Greek finance minister, Evangelos Venizelos, is expected in Washington Monday and is scheduled to meet with Lagarde.

"This meeting was scheduled at the request of the authorities," IMF spokesman David Hawley said, refusing to comment on what would be discussed.