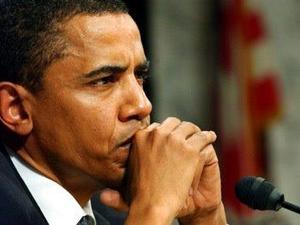 The United States runs a "very real" risk of losing its top triple-A rating if nothing is done to reduce the ballooning deficit, an official said Friday after debt talks collapsed.

Republicans in the House of Representatives abruptly closed the door on acrimonious negotiations with President Barack Obama on raising the $14.3 trillion U.S. debt ceiling.

Republican aides said the talks had centered on a 10-year plan to cut $3-3.5 trillion from U.S. debt.

In a letter to fellow House members, Republican House Speaker John Boehner said he was walking away because the Democratic president was insisting on increasing tax revenue collected from the rich and wealthy corporations.

The senior White House official, speaking on condition of anonymity, said the size of U.S. debt -- which stands at over $14,000 trillion, or nearly 100 percent of GDP -- also remains a serious concern.

"There's a very real prospect that the U.S. will be downgraded not for failing to raise the debt limit, but for failing to take serious action to control our deficit," the official said.

Ratings agencies Standard & Poor's and Moody's have threatened the United States with a downgrade if politicians cannot reach a deal to raise the debt ceiling by August 2.

"There are no options other than a legislative solution. And it will require legislation, and we assume that Congress will do the only responsible thing and extend the debt limit," the official said, stressing the deal should last through Obama's November 2012 reelection bid.

"We can't put the markets through gyrations over and over again."

Obama earlier condemned Boehner's decision to pull out of the talks and angrily called top lawmakers to the White House for emergency negotiations at 11:00 am (1500 GMT) Saturday, warning "we have run out of time" with the August 2 deadline looming.