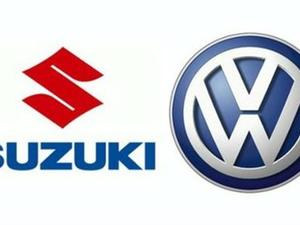 "The cooperation with Fiat has been going well in a climate of mutual trust for years," a senior Suzuki executive told the Automobilwoche weekly.

"It is perfectly imaginable that a strengthened partnership would be beneficial to both parties," he said. "On the other hand, our cooperation with Volkswagen is still being reviewed."

Volkswagen's purchase of a 19.9-percent stake in Suzuki in December 2009 had been seen as an opportunity for both car makers to benefit from each other's strengths, in hybrid and small-car technologies respectively.

However the 2.5-billion-dollar alliance (1.7 billion euros) turned sour, with Suzuki complaining that its autonomy was being jeopardized and that it was being treated like a subsidiary by Volkswagen.

Hans Demant, in charge of international cooperation at Volkswagen, stressed that both automakers were "two independent companies with different economic models."

"As a result, cooperation should be developed with caution. It is unfortunately taking a little longer than what had been initially planned," he told Automobilwoche.

In May this year, Italian daily Corriere della Sera had reported a secret meeting in Italy between Fiat and Suzuki executives.