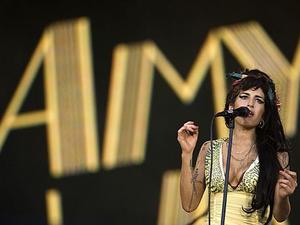 Troubled British singer Amy Winehouse, known for her smoky soul voice and her struggle with drink and drugs, has been found dead at her flat in north London, police said. She was 27 years old.

The Grammy award-winning soul singer with her trademark beehive battled with well-documented addictions that she documented in her hit single "Rehab". Her death is being treated as unexplained, Scotland Yard said.

"On arrival officers found the body of a 27-year-old female who was pronounced dead at the scene.

"Inquiries continue into the circumstances of the death. At this early stage it is being treated as unexplained."

London Ambulance Service said it had been called to the flat at 3:54 pm (14:54 GMT) and sent two ambulances.

Police officers remained on duty outside her home Saturday.

Winehouse rocketed to fame after winning five Grammy awards off the back of her 2006 second album "Back to Black" and the hit single "Rehab".

In the run-up to her live return, Winehouse spent a week earlier this year at an addiction treatment clinic in London, reportedly at the suggestion of her father, Mitch, over concerns that she was drinking too much before her shows.

But Winehouse pulled out of her European comeback tour following a disastrous opening performance in Serbia on June 18.

She was booed at the performance in Belgrade, as she appeared to be too drunk to sing.

Some 20,000 people gathered for the highly-promoted concert at the sixth-century Kalemegdan fortress, but many soon left.

During the concert, which lasted about 90 minutes, Winehouse could only mumble some of the lyrics, failing to follow her band.

Winehouse left the stage twice, with many fans showing their displeasure despite her band's attempts to calm the crowd.

"Amy Winehouse is withdrawing from all scheduled performances," a statement from her representatives said.

"Everyone involved wishes to do everything they can to help her return to her best and she will be given as long as it takes for this to happen."

Known for her distinctive voice and beehive hairdo, Winehouse's debut album "Frank" was released in 2003 and brought her wide acclaim. It went triple platinum in Britain.

She married Blake Fielder-Civil in Miami in May 2007 but they had a tempestuous relationship. He spent part of their marriage behind bars for a vicious attack on a pub landlord and a subsequent attempt to cover it up.