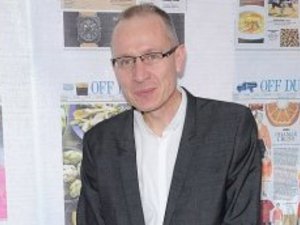 Dow Jones editor-in-chief Robert Thomson, the American flagship of Rupert Murdoch's media empire, has reminded journalists that they must follow a code of ethics in a memo to all staff.

In the wake of the phone hacking scandal that has felled the Murdoch-owned British tabloid News of the World, Thomson said Dow Jones reporters needed to be alert "and hold ourselves to higher standards of probity than other news organizations."

"It is clear to every one of you how much emphasis that we collectively place on ethics at Dow Jones, but, in light of recent events in London, it is worth re-emphasizing those principles," he wrote.

In the memo dated Friday, but obtained by Agence France Presse on Saturday, he also reminded staff of "a confidential hotline that anyone can call if there is any concern of any kind about journalistic practices at Dow Jones."

Thomson, former editor-in-chief of the Times of London another paper owned by Murdoch's News Corp., took up his post at Dow Jones in 2007.

Dow Jones also belongs to News Corp. and is part of its Consumer Media Group, which also publishes The Wall Street Journal. It employs about 2,000 journalists around the world.

The ethics reminder comes after long-time Murdoch aide Les Hinton, who served as chairman of News International during the hacking at the News of the World, resigned earlier this month as chief executive of the Dow Jones unit.

"It is important that all editors take responsibility for reporters in their care and that all reporters take care," Thomson added in the memo.

In Britain, the phone-hacking allegations spread beyond the felled News of the World to other tabloids as Murdoch's son, James, faced pressure over the extent of his knowledge of the scandal.

Former journalists at the Daily Mirror and Sunday Mirror -- the main tabloid competitors to Rupert Murdoch's British stable -- reportedly said the illegal hacking of voicemails was widespread at their papers too.

The scandal has also rocked the British police and even given Prime Minister David Cameron a rough ride, but has so far largely been limited to the News of the World, which Murdoch shut on July 7 amid public outrage.