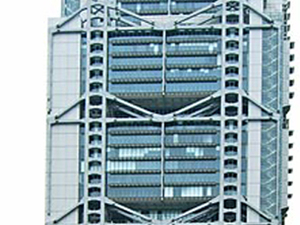 HSBC Hong Kong on Monday apologized for printing a batch of flawed HK$100 ($12.8) notes depicting the petals of the Bauhinia flower -- the city's emblem -- pointing in the wrong direction.

HSBC is the largest banknote issuer in the southern Chinese city accounting for around 65 percent of those in circulation, according to the Hong Kong unit of the giant British banking group.

The bank said it "sincerely apologizes for the embarrassment caused to all parties concerned" but emphasized none of the bank notes have been circulated, a spokeswoman at HSBC Hong Kong told Agence France Presse.

She added the bank would fix the problem as soon as possible but did not say how many flawed notes had been printed or the cost involved in redesigning and reprinting the notes.

The bank and the city's government had failed to detect the flaw before unveiling the new designs last Friday, but the mistake was highlighted in local media over the weekend.

In a statement issued late Sunday, the government also apologized for the error and said HSBC had started redesigning and reprinting new HK$100 banknotes, with a plan of putting them into circulation early next year.

HSBC will pay to fix the problem, the government said.