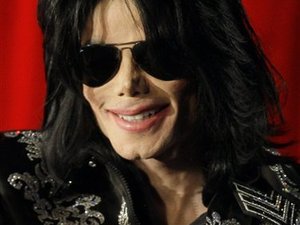 Michael Jackson's mom and four of his siblings announced plans Monday for a tribute concert later this year in Wales, but two of the late singer's brothers say they oppose the timing of the show.

The pop singer's mother, Katherine Jackson, and siblings La Toya Jackson, Marlon Jackson, Jackie Jackson and Tito Jackson said the show is scheduled for Oct. 8 at Millennium Stadium but did not reveal any performers.

Within hours of their announcement of "Michael Forever — The Tribute Concert" at a Beverly Hills hotel, brothers Jermaine Jackson and Randy Jackson released a statement that said they opposed the show because it will be held during the trial of a doctor charged in their brother's death.

"While we wholeheartedly support the spirit of a tribute that honors our brother, we find it impossible to support an event that is due to take place during the criminal trial surrounding Michael's death," the brothers wrote in a statement posted on each of their Twitter accounts.

Jury selection in the involuntary manslaughter trial of Dr. Conrad Murray is scheduled to begin on Sept. 8, with opening statements later in the month. The case is expected to last four to six weeks.

"There will come a time and place for an amazing and deserving tribute to Michael," the brothers' statement read. "But we feel that the most important tribute we can give to our brother at this time is to seek justice in his name."

Michael Jackson's mother and siblings had indicated they would attend all the proceedings, but Katherine Jackson said in a statement Monday that she would be at the tribute concert. She said the event would be a fitting tribute for her son, who died unexpectedly on June 25, 2009, at age 50.

A previous tribute concert in Europe planned by Jermaine Jackson in the months after his brother's death was scuttled after promoters ran into problems and some of the singers listed as performers said they had scheduling conflicts.