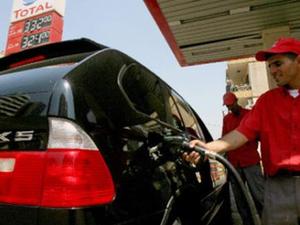 “Minister Bassil has previously pledged to abstain from signing the weekly fuel prices update if they witnessed any rise,” Brax told Voice of Lebanon radio.

The Gasoline and Diesel prices rose by LL600 on Tuesday.

The Syndicate President wondered if Bassil “began signing the prices list swiftly because there’s no one he should confront anymore.”

He noted that the minister is “controlling everything and neglecting” his tasks.

Bassil delayed the release of the fuel prices many times during the tenure of the last cabinet after a dispute with former Finance Minister Rayya al-Hassan over how to resolve the gasoline prices crisis.

Bassil proposed tax cuts on the prices, after cutting 5,000 L.L. several months ago, but al-Hassan refused this measure because of the impact the cut would have on the treasury’s revenues.

Brax told VDL that the Syndicate met with President Michel Suleiman and it is waiting for PM Najib Miqati to return to Lebanon to discuss the issue with him.

He remarked that the Syndicate “will re-demand a meeting with Bassil after he refused to meet with it before.”