Dollar Steadies Against Euro After Slump 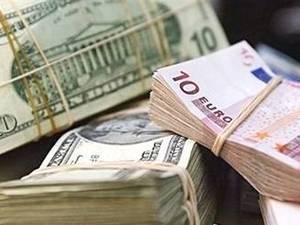 The dollar steadied against the euro on Wednesday as investors paused for breath after the greenback had sunk to a three-week low point against the single currency on U.S. debt strains.

The dollar on Wednesday meanwhile hit a four-month low versus the Japanese currency, at 77.58 yen. It later stood at 77.69 yen compared with 77.94 yen late on Tuesday.

"The dollar seems to be holding up just about okay... but has been subject to quite a bit of weakness in the past few days," said Simon Denham of trading group Capital Spreads.

"In the foreign exchange markets it's been the real safe haven currencies that have benefited the most throughout this extra ordinary time for financial markets, with the Swiss Franc being one of the most popular amongst them.

"Against the U.S. dollar it has hit a new high... and the same can be said for the euro and sterling.

"When you think that the Japanese and many other emerging markets have been complaining about the weakness of the U.S. dollar against their currencies, the Swissy is making new all time highs against just about every other currency out there.

"It must be crippling their exports and not only that, driving tourists away from holidaying there," Denham added.

Gold, also seen as a safe bet in troubled economic times, has itself profited from U.S. debt tensions, with the precious metal striking on Wednesday a record high of $1,625.70 an ounce on the London Bullion Market. That beat the previous record of $1,624.07 set on Monday.

In Washington, Republicans and Democrats are deadlocked with the clock ticking towards the official make-or-break date for averting a possible U.S. debt default.

While markets expect lawmakers to eventually avert a default, the continued impasse raises the threat of the world's biggest economy running out of money to pay its bills and service debt on August 2.

Even if a default is averted, investors are concerned that the standoff may lead to a downgrade of the United States' top-notch credit rating.

Later on Wednesday the Federal Reserve is to release its Beige Book survey of U.S. economic conditions while U.S. durable goods orders for June are also out.

"But the focus remains squarely on whether U.S. politicians reach a deal to slash the budget deficit and avoid a credit rating downgrade," National Australia Bank said in a note.

The Australian dollar soared to a record $1.1062, its highest level against the U.S. currency since being floated almost 30 years ago, after the nation's inflation data exceeded forecasts, raising expectations for a near-term rate hike.