Top Lebanese Banks Make Profits in 1st Half of 2011 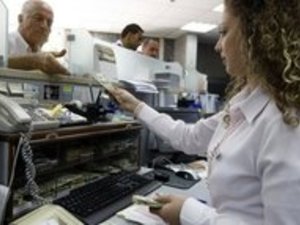 Top Lebanese banks have announced that they made good profits in the first six months of 2011 despite slow economic growth in Lebanon.

BankMed said in a statement Thursday that net profit for the first half of this year increased by 13% to reach $59.4 million compared to $52.6 million for the corresponding period last year.

The bank’s profitability has witnessed strong steady growth since 2006, it said in a statement.

According to the statement, the bank recorded the highest ratio of profitability among listed Lebanese banks, attaining a rate of return on average equity of 18.7%.