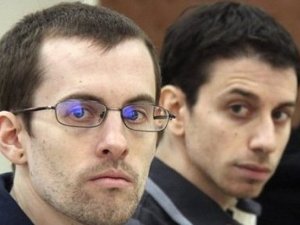 Amnesty on Friday renewed calls for Iran to release two young U.S. hikers held on spying charges since July 2009, two days ahead of a fresh hearing in their case.

"The parody of justice must end here. By now it seems clear that the Iranian authorities have no legal basis for continuing to hold these U.S. nationals, so they must be released and allowed to leave the country."

Shane Bauer, 28, and Josh Fattal, 29, were arrested with Sarah Shourd, 32, on the unmarked Iran-Iraq border on July 31, 2009. Tehran has accused the three of "spying and illegally entering the country."

They have pleaded not guilty to spying charges, saying they were hiking in northern Iraq's autonomous Kurdish region when they innocently strayed into Iran across the border.

Washington has vehemently denied Tehran's charges and has pressed for their release.

Shourd is being tried in absentia after she returned to the United States following her release on humanitarian and medical grounds in September 2010, for which bail of about 500,000 dollars was paid.