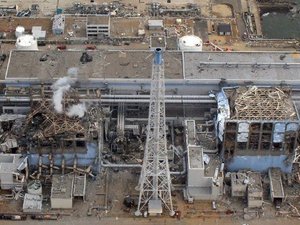 The United States plans talks with Saudi Arabia on civilian nuclear cooperation, people familiar with the plans said, in a step that has already set off fierce criticism on Capitol Hill.

With the United States hoping to head off an arms race in response to Iran's nuclear program, officials from President Barack Obama's administration plan to head to Riyadh in the coming week for nuclear talks, the sources said.

A congressional aide, who requested anonymity as the trip has not been publicly announced, said the visit would be a "preliminary" step to "discuss the possibility of moving forward on a nuclear cooperation agreement."

A senior lawmaker from the rival Republican Party strongly criticized the visit, pointing to concerns about Saudi financing for Islamic extremists.

"I am astonished that the administration is even considering a nuclear cooperation agreement with Saudi Arabia," said Representative Ileana Ros-Lehtinen, chairwoman of the House Foreign Affairs Committee.

"Saudi Arabia is an unstable country in an unstable region, with senior officials openly proclaiming that the country may pursue a nuclear weapons capability," she said in a statement Friday.

"Its ties to terrorists and terror financing alone should rule it out as a candidate for U.S. nuclear cooperation," she said.

Saudi Arabia signed an agreement with the United States in 2008 during a visit by then president George W. Bush that would give the kingdom access to enriched uranium -- meaning, unlike Iran, it would not need to master the nuclear fuel cycle.

But the agreement was only tentative, with little known effort since then to put it into practice.

Saudi Arabia is the world's largest oil exporter, with one-fifth of the world's proven reserves. The kingdom says it wants nuclear power so it does not have to burn lucrative fossil fuels at its power plants.

In 2009, the United States signed a nuclear cooperation deal with the United Arab Emirates, which renounced plans to enrich or reprocess uranium and said it would instead obtain material from international suppliers.