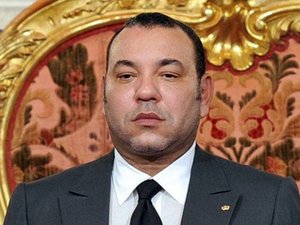 Morocco's King Mohammed VI called Saturday for speedy elections and the reopening of his country's border with Algeria in his first throne speech since a referendum voted to curb some of his prerogatives.

In the July 1 referendum, more than 98 percent of Moroccans approved a set of political reforms backed by the king following a series of youth-led, pro-democracy demonstrations in several cities.

In the annual speech on the anniversary of his 1999 coronation, the king said elections should be held soon, warning that any delay threatened the "dynamic of confidence" generated by the widely-backed reforms.

The date of the upcoming elections is a subject of regular negotiations between the interior ministry and the country's political parties but has remained undetermined so far.

"Political parties are asked to redouble their efforts in favor of the reconciliation of citizens, particularly the young, with political action," he said, in a speech attended by civilian and military leaders, as well as foreign diplomats.

He called for the election of a new house of representatives to begin, "so that a new head of government can be named from the party which comes first."

In transferring some of the monarchy's political powers to elected leaders, the king hoped to prevent contagion of the Arab Spring protests that have sent shockwaves across the region.

But the political climate in Morocco remains tense, and rather than satisfying the democratic aspirations of protesters, the July 1 referendum fuelled popular demands for greater social justice.

Morocco's youth-based February 20 movement, which has spearheaded the pro-democracy protests, has called for fresh rallies on Sunday to continue pressing for a parliamentary monarchy.

Faced with persistent political tensions at home, the king also said it was time to improve relations with neighboring Algeria.

He advocated reopening a border that was closed in 1994 following a Islamist militant attack in Marrakesh that Morocco blamed on the Algerian secret services.

"We are keen to launch a new open dynamic on resolving all remaining problems, as a prelude to total normalization of bilateral relations... including the reopening of terrestrial borders," the king said.

"This approach excludes intransigence and ostracism, which are incompatible with neighborly relations, the necessity for integration in the Maghreb and the expectations of the international community," he said.

Tensions on the border region occasionally flare and last week a clash between Moroccan border guards and armed men coming from Algeria left one soldier dead.

A security source told Agence France Presse the armed men appeared to be Islamists and after the fight they retreated into the mountains.

Relations between Morocco and Algeria have also been strained by the long-running dispute over the Western Sahara.

Morocco's 1975 annexation of the territory, a former Spanish colony, sparked a war between its forces and Algerian-backed Polisario guerrillas.

The two sides agreed to a ceasefire in 1991 but U.N.-sponsored talks on Western Sahara's future have since made no headway.