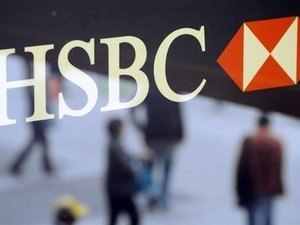 HSBC will slash up to 30,000 jobs worldwide over the next two years as part of a major cost-cutting drive, the global banking giant said on Monday, as it posted bumper profits.

"There will be further job cuts," HSBC chief executive Stuart Gulliver told journalists on a conference call after the group published its interim results.

The cuts total about 10 percent of HSBC's current global workforce but Gulliver stressed that the group would also be recruiting staff by 2013.

Earlier this morning, HSBC had said it would axe 5,000 jobs as a result of operational restructurings in Latin America, the U.S., the UK, France and the Middle East. It also unveiled a 35-percent jump in first-half net profits.

The job cuts are part of the group's already-announced plans to slash costs by up to $3.5 billion within two years.

The British lender, which survived the 2008 crisis without state aid unlike many of its rivals, announced a strategic review in May, in order to save $2.5-3.5 billion in costs by 2013.

Gulliver, who took the reins in January, aims to re-invest the enormous cost savings into fast-growing markets around the world, notably Asia.