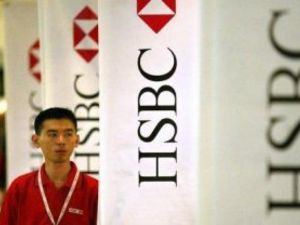 Global banking giant HSBC said Tuesday it would hire thousands of people in emerging markets by 2014 as it looked particularly to Asia's booming financial sector to power future growth.

"We are planning to hire up to 15,000 people in emerging markets over the next three years," the bank's Chief Executive Stuart Gulliver told a press briefing in Hong Kong Tuesday.

His comments come a day after the British-based lender announced that it would axe 30,000 jobs by 2013, about 10 percent of its global workforce, as it looked to slash costs.

It said the initial round of 5,000 job cuts would be in the United States, Britain, France, Latin America and the Middle East.

More than a third of HSBC's current workforce of 300,000 is already in Asia, and the firm said Tuesday its prospects in the region were expected to continue improving.

Asia contributed 59 percent of the group's pre-tax profits in the first six months of 2011, up 16 percent from the same period last year, while net fee income grew 17 percent in the region year-on-year, it said.

HSBC has already added 3,000 jobs in Asia during the first half of this year, with plans for some of the 15,000 new positions to be located in Brazil, Argentina, and Mexico, Gulliver said.

The new jobs were a "re-allocation of resources", said Peter Wong, chief executive of HSBC Asia-Pacific.

"Asia is a growth story -- the world is moving from the west to the east."

The lender planned to continue boosting its position as a leading issuer in offshore bonds denominated in China's currency, the renminbi, he added.

Beijing has been using Hong Kong -- a semi-autonomous Chinese territory -- as a test bed to internationalize the renminbi, with an eye to challenging the US dollar's dominance as a global currency.

"It's very clear the (job cuts) are concentrated in the OECD (Organization for Economic Co-operation and Development) economies," Tabbush told AFP, referring to the group of 34 member countries based mainly in Europe.

"It makes sense they would be hiring in Asia and focusing on commercial banking -- that is where all the growth is."

Tabbush added that there was "probably enough demand for 10 banks" in corporate banking across the region, which meant HSBC could be picky when it came to doing business with borrowers who had the best credit.

HSBC's latest plans come after the banking giant -- which survived the 2008 crisis without state aid, unlike many of its rivals -- announced in a strategic review this year plans to save $2.5-3.5 billion in costs by 2013.

The bank said on Monday that its net profit soared to $8.9 billion (6.2 billion euros) in the first half on lower bad debt and tax charges.

Pre-tax profits rose 3.3 percent to $370 million compared with the first six months of 2010, while total revenues edged ahead to $35.7 billion.

HSBC was founded in Hong Kong and Shanghai in 1865, although it remains headquartered in London.