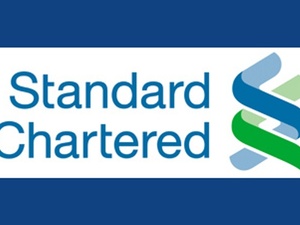 Standard Chartered bank reported first half profits for the ninth consecutive year Wednesday and said it was successfully reaching out to burgeoning middle classes in Asia, Africa and the Middle East.

Chairman John Peace says the bank was right deciding to focus on fast-growing markets away from Europe and the U.S. He says "it is clear that we have the right strategy, in the right markets, to be successful."