Mansour to Visit Damascus on Sunday, Says Stability of Syria and Lebanon are Interlinked 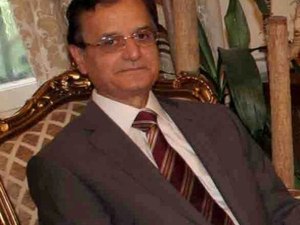 Foreign Minister Adnan Mansour said that Lebanon’s stance at the U.N. Security Council comes out of his conviction that the country shouldn’t adopt any resolution that condemns Syria, As Safir newspaper reported on Friday.

“I believe that we shouldn’t adopt any resolution that condemns Syria, to ensure the security and stability of the two countries,” he stressed.

Lebanon disavowed itself from a council statement condemning Syria's crackdown on opposition protests and calling for those responsible to be held "accountable."

“Any decision of that kind affects stability in it (Syria), which affects Lebanon negatively,” the daily quoted him as saying.

Sources told As Safir that the stance taken by Lebanon at the Security Council was based on political consensus led by Prime Minister Najib Miqati.

Normally the Security Council document is adopted unanimously. However, Lebanon did not block the adoption, but disavowed the document after.

Meanwhile, An Nahar newspaper reported on Friday that Mansour will visit Damascus on Sunday to meet with President Bashar Assad and his counterpart Walid al-Muallem.

This is the first visit by the Minister to the Syrian capital, the newspaper remarked.

Another Amal-syrian puppet since they've been keeping a close grip on the foreign affairs.....but he couldn't be more .Lebanon stability is linked to that of Syria. But what he doen't say , is with the new regime in Syria! stability in both countries will then be like we've seen never before..... But not until the evil potential of the Hezb has been neutralised!

.... and why should our stability be linked with the stability of an evil regime represented by a "boy" who throws tantrums and thinks he is god? By the same token, why would a new democratic regime that represents the majority in Syria be a destabilizing factor for Lebanon? Perhaps, a new regime in Syria would mean that you Mansour and who appointed you, the Amal thugs, the Hiz of Iran, will all go down to the dumpster of history.

Is this guy stupid or what? He looks like a marionette remotely controlled from Iran... Assad the butcher of Syrian Spring will soon be in a cage facing justice, so what the purpose of this visit... supporting tyrants?

Traitor, Syrian puppet. Look at all the innocent getting slaughtered!

"Stability of Syria and Lebanon are Interlinked" obviously because historically instability in Lebanon was caused by Syria.