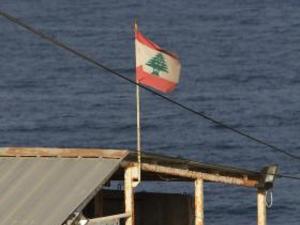 Energy Minister Jebran Bassil described parliament’s adoption of a draft law on the delineation of Lebanon’s maritime border as an “achievement,” saying however, it was now time for the cabinet to issue decrees paving way for the exploration of oil and natural gas in the country’s Exclusive Economic Zone.

Bassil told As Safir daily published Friday that Premier Najib Miqati’s government should commit to its policy statement and issue the decrees that would give licenses for international companies to explore oil.

The cabinet should also resolve its problem with Cyprus and work on rectifying Israel’s latest map, he said.

Tensions rose last month after Israel's cabinet approved a map of the country's proposed maritime borders with Lebanon and submitted it to the U.N., which has been asked to mediate.

The map conflicts with one submitted by Lebanon to the U.N. last year and that gives Israel less territory.

Lebanon also challenges Israel's assertion that an accord signed in 2007 between Cyprus and Lebanon sets the same boundaries as those agreed between the Jewish state and Cyprus in 2010.

The disputed zone consists of about 854 square kilometers, and important energy reserves there could generate billions of dollars.

An involved parliamentary source confirmed Bassil’s assertion that Lebanon should now negotiate with Syria and Cyprus, telling al-Liwaa newspaper that the country should also adopt a series of laws on fisheries, maritime environment and maritime activities of warships.

Bassil vowed to refer to the cabinet all the decrees of his ministry on oil exploration as soon as the decree of the maritime border delineation is issued.

It shouldn’t take more than ten days, he said.

you will be accused for cntacting Israel on spying charges

Bravo and thank you minister Bassil .

Phoenician: any moron could demarcate the borders. Bassil is nth special. He is in a very easy position.