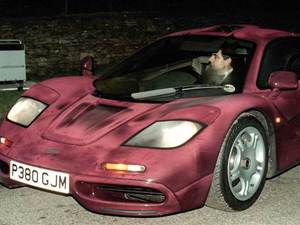 British media said Friday that actor Rowan Atkinson, famed for his "Mr. Bean" television shows and films, is recovering in hospital after crashing his supercar.

The 56-year-old comedian, also known for the "Blackadder" historical comedy shows, was expected to be discharged on Friday after treatment for a shoulder injury, the Daily Mirror reported.

Atkinson's spokesman could not immediately be reached.

Police and firefighters both said that a vehicle crashed late Thursday close to Haddon, a village about 85 miles (137km) north of London.

The car struck a tree, a lamppost and caught fire, authorities said. Firefighters said the driver was not trapped and he was taken to hospital.

Atkinson was driving his McLaren F1 supercar — one of the world's fastest road cars, the newspaper said.