Syria Brotherhood to Miqati: You're Bargaining on Your Political Future by Siding with Our Children Killers 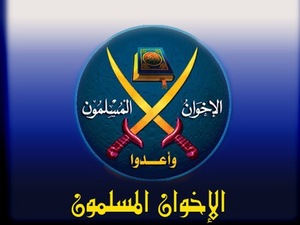 Syria’s banned Muslim Brotherhood on Friday lashed out at Prime Minister Najib Miqati, accusing him of “siding with the killers of Syrian children.”

In a statement published by the Italian news agency AKI, the Brotherhood’s official spokesman Zuheir Salem said “the Syrian people would never compromise, no matter the sacrifices, the blood of our brothers in Lebanon, whether in Tripoli, Beirut, Sidon … or anywhere in Lebanon.”

Normally the document is adopted unanimously. Lebanon did not block the adoption, but disavowed the document after.

Describing Miqati as “the son of Tripoli,” the Brotherhood condemned the premier’s “siding with the perpetrators of genocide crimes against the Syrian people.”

“We did not expect PM Miqati to bargain on the premiership with the blood of Syria’s children,” Salem said, adding that “through this deplorable and appalling stance, Miqati is bargaining on his political future and on the future of the relation between him and the Syrian and Lebanese people.”

The Brotherhood also accused Miqati of being in the service of “those who are seeking to destroy Lebanon and Syria.”

These Salafists terrorists called Syrian Muslim Brotherhood that are threatening our PM Mikati , are the same terrorists that are making the troubles in Syria against the Regime and the Syrian President and all over the Arab countries .

They are the allies and the partners of Saad Hariri and Al Mustakbal , they are finnanced and equiped by KSA the Wahhaby and backed by USA and Europe unfortunately .

To hell with you and your fundamentalist revolution , bunch of terrorists , PM Mikati spits on you and on your beleives . The Alaouite President will kill you all till the last rat of you .

Well Mr Salem i would like to tell you one thing, do not judge on Miqati by his words. Ever since he stepped forth when called by the march 8 to play this part of the play. Deep inside he is a nice man, but he already realize that things are not as simple as they seemed. In 2005 he played reconciling role by holding the elections, and thought he was to do the same now but what is certain is that the more we get close on the STL agenda the less would be the margin on which Hezbollah bargains and the more marginal would be the role of Miqati. Now he realizes that his role is to save the most he can of what is left of a fallen state but i doubt he would succeed for Hezbollah is already at the Helms. Now, lebanon is a sinking ship, it is the only haven for hezbollah, when the international hammer will start falling, i think that the only solution for Hezbollah would be to invade the rest of lebanon en route to fight the hall world. Be sure the people of lebanon is with the people of Syria

Another lesson you should learn Mr Salem, it is that the most christians of lebanon are with the syrian people, therefore in the future, when you will be leaders in your nation and i know you will be, remember that in lebanon, Nadim Gemayel offered his house to the syrian people to hold their conference when the Bristol hotel was too scared to host it, remember that Samir Geagea is one of your toughest supporters, on the morrow my friend when your future will look bright remember that the christians of lebanon have been the only friends to the people of syria

40 pct of the christians of lebanon as with ahrar syria( hakim,gemayel soaid),,,as for the syrian christians, they are syrians after all.
no tawteen in bilad el arz wether syrian or palestinian.

You guys wanna be real Muslim fundamentalist extremists learn the proper way to do it forget about swords get that's so passé step into the new century use a machine gun you'd kill more infidels this way, like them ..

Where exactly was the "threat"...I agree with their statement 100%

Billionaire Mikati made his money in Syria aided by the Assads.
If he behaves differently they will cut his throat.
Bravo brothers.

Funny how Miqati justifies Lebanon's position at the Security Council by saying Lebanon does not want to interfere in Arab countries internal affairs. Q to Mr. Miqati: What was Lebanon's position at the Security Council regarding Libya? Was it not Lebanon who was instrumental in lobbying for and drafting the resolution that resulted in military actions against Libya. Our foreign policy is directed by the Shiites of Lebanon. That is the true story here.

That's what we need next door. Al Qaeda by a another name. Hey Lebanese, especially the Christians and other minorities in the neighborhood, celebrate and thank the US, France, Germany, Turkey, etc.

Salem is right, but other 'great' leaders did the same mistake by siding with evil. Imperator or Japan, Mussolini & co sided with Adolf. They were all -eventually- crushed later on. Time to leave Lebanon before it blows!

Bipartisan... You are very naive to think the "muslim brotherhood" will remember the christains of Lebanon. I would laugh it it weren't so sad.

These "brothers" should stay out of Lebanon. "the Syrian people will never compromise... In Lebanon, whether in tripoli, Beirut or Sidon..." really?

They are terrorist. Muslim fanatics that will turn Syria into a junior Saudi Arabia or best case scenario, an Egypt/Iraq were the christains are bombed and persecuted.

When did the brotherhood attack Christians? Stop fear mongering...