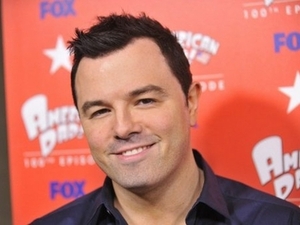 Popular 80s TV series "Cosmos," which taught a generation about the universe's origins, will be reborn in a new version spearheaded by "Family Guy" creator Seth MacFarlane, Fox said Thursday.

The new series, "Cosmos: A Space-Time Odyssey," will explain the laws of nature and humans' place in space and time, the television network said.

The original documentary series, "Cosmos: A Personal Voyage," was written by Carl Sagan, who died in 1996 after publishing a number of popular science books.

He authored Pulitzer-prize winning "The Dragons of Eden," about the evolution of human intelligence, and "The Demon-Haunted World," which attempted to explain scientific method to non-scientists.

Fox said "Cosmos" has been seen by more than 700 million people in 80 countries.

The new show will be a 13-part "docu-series" and is set to air in 2013. Sagan's widow Ann Druyan and astrophysicist Steven Sotor, who both worked on the original show, will be co-collaborators on the new series.

"Never more than at this moment in the modern era have we needed a profound reminder of the colossally important and exciting role that science, space exploration and the human quest for knowledge must continue to play in our development as a species," said MacFarlane.

Emmy-award winning "Cosmos" first aired in 1980 and was the most watched television series in the history of American public television until 1990.