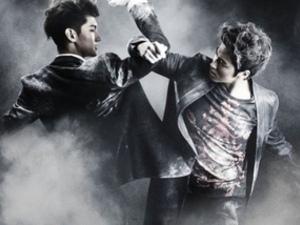 South Korea's pop music industry is eyeing Europe after taking East Asia by storm, with promoters using the power of the Internet to lure distant fans.

K-pop over the past decade has established a devoted fan base in China, Japan and Southeast Asia, with heartthrobs like Rain and boy bands like TVXQ packing out concerts and topping charts.

Exports of music products surged from $6 million in 2002 to $31.3 million in 2009 as the phenomenon known as the Korean Wave (hallyu) spread.

K-pop's overseas success was driven partly by a need to go beyond the home market, plagued by plunging CD sales and free music downloads on the Internet in the world's most wired country.

South Korea's recorded music sales shrank from 286.1 billion won ($272 million) in 2002 to about 80 billion won in 2009. Entertainers searched for new ways to survive -- by courting fans abroad via the Internet.

Now South Korea's digital music market -- including legal music downloads on mobile phones or the Internet -- is worth 600 billion won after a series of court rulings against free music-streaming and downloading sites.

SM Entertainment, the country's biggest music talent agency, in 2009 opened its official channel on YouTube to release new music videos and broadcast concerts and other public appearances by stars.

The company also has hired composers and choreographers in Europe and the United States and recruited teenagers from elsewhere in Asia to appeal more to global audiences.

"The response from European fans totally stunned us," said Kim Young-Min, CEO of SM Entertainment. "Now we feel more confident that we can take a plunge in the European market, albeit step by step."

Kim told Agence France Presse in an interview that major global music labels believed it was too risky to expose too much content on the Internet due to copyright concerns, "but it actually helped us gain a global fan base so quickly".

He said he hopes to release English-language albums of the agency's stars in Europe and to partner with mobile phone makers like Apple or Nokia to boost digital music sales -- already the biggest source of the firm's revenue.

"In this age when people search for and own music on a single device, it's more effective to collaborate with global mobile platform producers than with record labels to expand our market," said Kim.

"Gone are the days when one singer can sell 100 million CDs. Now what's important is having artists notching up 100 million online downloads for their songs."

K-pop has long been led by bubblegum pop stars hand-picked by talent agencies -- often in their early teens -- and intensively trained for years before they hit the stage.

Agents like SM handle everything from recruitment to music production and largely dictate their artists' styles -- mostly dance tunes from hiphop to electronics -- and career moves.

Critics liken the process to an assembly-line of similar, robot-like teen stars with fleeting popularity, whose every word and move is rigorously pre-scheduled by the agents.

Lawsuits are rife among top teenage stars including those from SM, who accuse agents of imposing excruciating work schedules and sharing earnings unequally.

Kim disputed the criticism, saying his firm must recoup an investment of up to 4.5 billion won to develop raw teen talent.

"It's not like the U.S., where record labels pick up musicians ready to hit the stage," he said, adding the agency's singers collect more than 60 percent of earnings from commercial endorsements.

Kim admitted that K-pop performers "may look all similar and appear to sing all similar music", but said the firm would usher in other South Korean artists.

"We're just beginning to open a new door, offering what we do best. People who've come to like our music will soon want to listen to other genres like rock and so on," he said.

Japanese and Korean pop is the best music ever :)