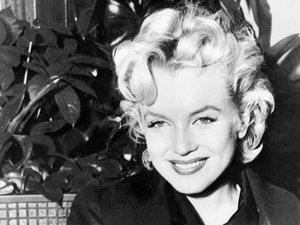 There were no buyers Sunday at the auction of a 1940s stag film that an events promoter claims shows a young Marilyn Monroe having sex before she became a movie star.

The auction was a flop. Nobody came forward willing to pay Mikel Barsa's starting price of 2 million Argentine pesos, about $480,000.

Barsa said it didn't help matters that a spokeswoman for Monroe's estate was quoted in an Associated Press interview calling the whole thing a fraud.

"It doesn't surprise me. The latest statements of Nancy Carlson didn't do anything good for all this," Barsa said, referring to the spokeswoman for a company in charge of protecting Monroe's image and estate.

Barsa said he was still negotiating with an unidentified buyer from Denver whom he said was offering much less than a fair price. But he also said his lawyers were reviewing the matter now that Monroe's protectors warned they would sue him if the sale went through.

Barsa claimed before the auction that the scratchy, black-and-white, six-minute 8-mm film shows the young actress, known then as Norma Jeane Baker, around 1946 or 1947 when she was poor and desperate to break into show business.

Experts on Monroe's life, however, said it's highly unlikely that the smiling young blonde in the film is her.

Comparing the film with known Monroe images leaves ample room for doubt. And several documents Barsa said proved his argument — a letter from the American Film Institute and what looks like a declassified FBI file that mentions a 1965 attempt to sell an alleged Marilyn Monroe sex film — are inconclusive.

Monroe's image and estate is protected by the brand development and licensing company Authentic Brands Group. Its spokeswoman, Carlson, said a sale of the film would invite legal action for "perpetrating a fraud on the public, violating the Monroe estate's exclusive rights to her image and other claims of intellectual property infringement."

"To me personally, it doesn't even resemble her," Carlson said.