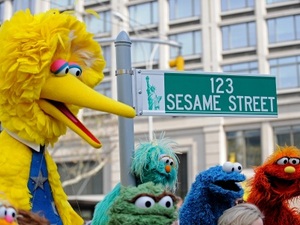 PBS said Monday the focus of the preschool educational series will be on science, math and engineering education.

That includes age-appropriate experimentation, including designing a launcher to send Hubert the Human Cannonball over a yard and into a bucket of blue gelatin on the season premiere.

The orange monster Murray will conduct science experiments in a regular feature.