Sziget Festival Rocks on in Budapest 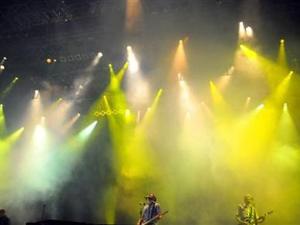 Sziget, one of Europe's largest music festivals, kicks off officially Wednesday with close to 200 acts from around the world expected over the next five days in Budapest.

The festival, with a special dedicated stage for Central European performers this year, also features minority acts including a Roma tent and the gay-friendly Magic Mirror tent.

Sziget ("island" in Hungarian) takes its name from its location, a 79-hectare (187-acre) island on the Danube just north of downtown Budapest.

Since its creation 19 years ago, it has gained increasing international fame, with now mostly Dutch, French and Italian students and backpackers paying the 54,000 forint (200 euros, $287) for a week-long camping pass at the festival.