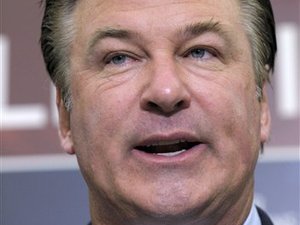 Alec Baldwin says he's thinking of running for mayor of New York, but not until he learns more about the job.

The "30 Rock" actor tells The New York Times he'll sit out the 2013 race but will consider running in a later election.

In a wide-ranging interview, the 53-year-old says he's talking with two universities about enrolling in a master's program in politics and government. He says he wants to better understand what the fiscal imperatives of the mayor's job are.

He says running in 2013 is impossible because he's obligated to complete the current season of "30 Rock."

Baldwin says he plans to establish a permanent city residence before running. His legal residence is Amagansett, Long Island. He has owned a Manhattan apartment for two decades.