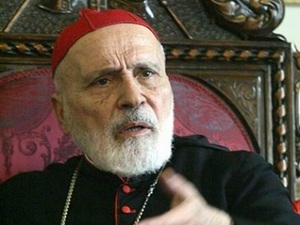 Maronite Patriarch Nasrallah Sfeir on Thursday expressed concern over the current situation in Lebanon and called on Lebanese to be vigilant.

In an interview with Voice of Lebanon, Sfeir said he hoped for a better situation in Lebanon.

He stressed that Lebanon should be on good terms with "all neighboring countries, especially with Syria and Saudi Arabia."

Sfeir spoke of "difficulties facing the government," and said he hoped Cabinet would address the country's needs.