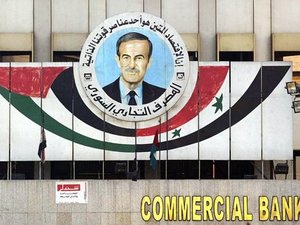 Syrian banking deposits are being withdrawn from the Arab country, with some of them being placed in Lebanese banks, reported Robert Fisk in The Independent on Friday.

He said: “The real fear for Syrian President Bashar Assad is not oil sanctions, but banks.”

He explained that Assad is concerned with the £12 billion in foreign reserves that used to be in the Syrian Central Bank in February.

This sum is now being reduced by as much as £50 million a week, said Fisk.

This prompted Syria to turn to cheap Iraqi oil to tackle the demand, he added.

“Nearly 10 percent of Syria's banking deposits disappeared in the first four months of 2011; £1.8bn was withdrawn, some of it ending up in Lebanese banks,” he stated.

Great, now international sanctions will be imposed on Lebanese banks in order to freeze up Syrian funds that have been deposited there in an effort to evade the sanctions imposed on the Syrian banks!

Lebanon, still being used and in the service of foreign states. And look at which foreign state -- The Assad Regime of Syria which is about to become as infamous as Idi Amin of Uganda.
If Lebanon is to prostitute itself, can't it find a better John than Bashar al Assad?

No evidence=useless article. Glorious day when the corrupt scum, Rafik Hariri, was murdered.

Good...I would consider this as a down payment for the money stolen by A s s a d h o l e rat party during their illegal occupation of lebanon