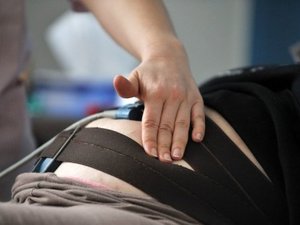 A woman was killed in a car crash in Nabatiyeh as she was heading to hospital to give birth, the state-run National News Agency reported Saturday.

It said Fatima Afif Noureddine, 32, died after the Toyota that her husband Staff Sergeant Wissam Rida Farhat was driving crashed into an electricity pole on the Hboush-Nabatiyeh road after midnight.

Fatima and the baby were killed instantly while her husband and her 60-year-old mother, Manahel Hilal, were injured, NNA said.

The three were heading from their town of Arabsalim in Iqlim al-Tuffah to the state hospital of Nabatiyeh because she was about to give birth, NNA added.

My condolences to the family. This is very saddening news.

Another sad car accident resulting in death. What would it take for the Lebanese drivers to drive defensively and how many innocent victimes should die for our government to institute proper road laws with signs and tickets for the violators, so as to prevent unecessary victims.
Very sad news indeed!!. My sincere condolences to the family, its relatives and friends.

This is depressing..But it makes me more depressed to see that no one cares about human value in Lebanon instead everyone is focusing on the sectarian topic….
Sadly the Lebanese didn't learn from their mistakes...
Cheers

A political statement based on a lie..I don't appreciate such behavior...
Cheers