100 Years Ago, The Mona Lisa Vanishes 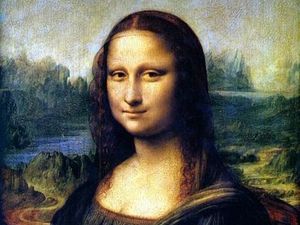 It was an art heist for the ages: On August 21, 1911, the Mona Lisa vanished from the main gallery of the Louvre museum, lifted by an Italian laborer who later claimed patriotism as his only motivation.

That Monday morning, at the crack of dawn, 30-year-old house painter Vincenzo Peruggia worked his way into the Louvre that was closed for the day.

Peruggia knew his destination well since a year before he helped build a glass case around the great creation of Leonardo da Vinci, already a major tourist attraction.

"Perrugia knew exactly how the painting was attached," Jerome Coignard, author of the book, 'A Woman Disappears', said.

In a matter of seconds, he unhooked the painting, created between 1502 and 1506, and dashed for a stairwell.

There he detached the fragile portrait from its frame, wrapped it in a painter's smock and headed calmly for the exit.

The next day, two artists found an empty space on the wall instead of a masterpiece to copy. A frantic search through the museum turned up empty, except for the frame without a painting.

The then police chief Louis Lepine ordered all visitors to be searched and soon the press was on the case, pointing fingers at lax security at the world class museum. Swiftly, the Louvre director was sacked.

Alphonse Bertillon, the legendary head of the forensic investigation department, carried out a thorough search of the crime scene. On the glass pane next to the painting he picked up a thumb print.

"The failure of the case is that no one uses this when Peruggia's prints are already on file," author Coignard said.

The police were persuaded that the robber must have had accomplices and searched for an international crime syndicate.

Guillaume Apollinaire, the surrealist poet, became a suspect as he was close to a Belgian con artist who had stolen Roman statues from the Louvre in 1907 -- statues that later ended up with Picasso.

Apollinaire persuaded the Belgian to return the statues, but is rewarded for his effort by being arrested in connection with the Mona Lisa heist.

Only released after eight days in a squalid Paris prison, the poet would never quite recover from the false accusation.

For two years, Peruggia kept the painting in his small apartment in Paris' tenth district.

Then, he began writing to art dealers back home in Italy, offering the painting as a symbol of national pride.

In December 1913, a Tuscan dealer, Alfredo Geri, invited Peruggia to bring him the painting for closer examination.

In a Florence hotel, the painting was identified, and the Mona Lisa retrieved without a problem.

Peruggia would be judged in Italy -- to his great benefit -- and landed a sentence of little more than a year, later reduced to seven months.

Peruggia claimed he acted only out of patriotism. During his trial, a psychologist said he was of simple mind.

"The character lacks the depth of the phenomenon he began," Coignard said, who added that much is still unknown about the this great art heist of last century.