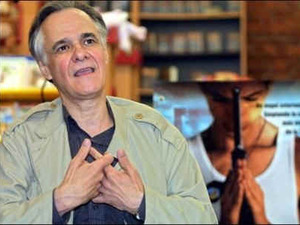 The 68-year-old Vallejo is best known for "Our Lady of the Assassins", which was made into a feature film by French director Barbet Schroeder in 2000.

The jury honored Vallejo for being "one of the most personal, controversial and exuberant voices in current Spanish-language literature."

Vallejo will receive his prize, along with a $150,000 check, on November 26 at the inauguration of the 25th edition of the Guadalajara fair.

He told Agence France Presse he was "very honored" by the jury's decision and would donate the money to animal protection groups.