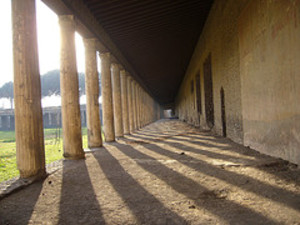 Archeologists say they have located and excavated the ruins of a massive amphitheater used to train gladiators east of Vienna in what they call a "sensational discovery."

A statement Tuesday from the Carnuntum archaeological park gave no details when the find was located and excavated. It said the site will be presented to the media Monday.

The park — part of a former Roman settlement — is about 60 kilometers (35 miles) east of Vienna.